FLDS Sect in British Columbia May Be Busted 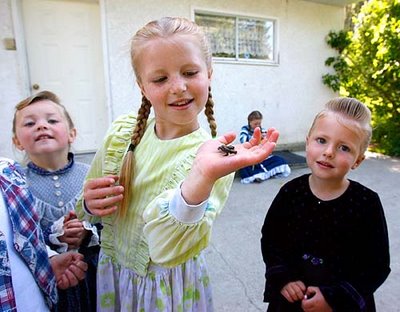 Since the raid on the El Dorado, Texas compound of a polygamist sect of FLDS followers, the Canadian government has been rying to fgure out if they can also pursue legal and criminal actions against another branch of the same Mormon-splinter.

Attorney General Wally Opal called for a special prosecutor to look into allegations of sexual abuse and sexual exploitation of girls in the community in Bountiful, British Columbia. He said the issue is whether the criminal code on polygamy is constitutional, which has been a point of contention in British Columbia’s judiciary for 20 years. At the Attorney General’s request, two lawyers recently issued opinions on the matter, both concluding it would be difficult to pursue criminal charges. One said it would be unfair to do so.

Opal picked Vancouver lawyer Terrence Robertson to determine whether the sect can be prosecuted successfully.

More on this story to come. 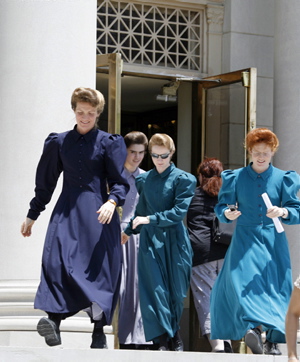 A judge on Monday signed an order allowing more than 440 children seized from a polygamist sect to be returned to the custody of their parents. This came following a ruling in May when the 3rd District Court of Appeals ruled that officials erred in removing the children from the ranch, effectively overturning Walther’s ruling that the children remain in state custody.

The Texas Supreme Court on Thursday let stand the lower court’s ruling that the state had no right to remove them during an April raid on the Yearning for Zion ranch near Eldorado. As a result, Judge Barbara Walther of Texas told the Department of Family and Protective Services to allow parents to pick up their children starting at 10 a.m. Monday morning. The court made it clear that under the judge’s order, the Department of Family and Protective Services will still have the right to visit and interview the children. Those visits, which will be unannounced, could entail medical, psychological and psychiatric examinations, and the parents will not be allowed to intervene.

Also under the order, the parents must attend and complete parenting classes. The families must remain in the state of Texas and notify the department within 48 hours of any trips more than 100 miles from their homes. the only real travel some parents may do will be in the state, as some parents’ children are being kept at different facilities across the state, and it could take some time to pick up their kids.

“The kids have been terrorized and put in the custody of the state for weeks and weeks,” FLDS spokesman Willie Jessop said Friday after a hearing to determine how to return the children.
“Every effort has been made to bring relief,” Jessop said outside the courthouse. “It doesn’t need to be a problem to go pick up the kids. It doesn’t need to be any more difficult than picking them up after school.” 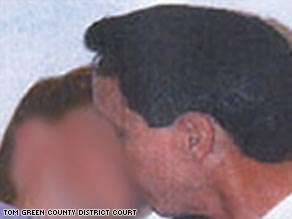 Pictures showing the leader of a polygamist sect kissing a girl who appears to be a minor have been introduced into evidence in the legal battle over the more than 400 children from the ranch in El Dorado, Texas. The pictures seem to show Warren Jeffs, the now jailed leader of the Fundamentalist Church of Jesus Christ of Latter-day Saints, with two females who appear to be under 18. In both sets of photos, Jeffs and the females are kissing. One of the sets was found to be labeled “January 26, 2005 – First Anniversary.”

More on this story as it unfolds.