British Man Banned From Seeing Girlfriend Due to Loud Sex

A British man has been banned from visiting his girlfriend’s home after neighbors complained about noisy sex, a local government official said Thursday.

Adam Hinton, 32, was barred from getting within 100 meters (110 yards) of his 29-year-old girlfriend Kerry Norris’ apartment by a British court Wednesday, Brighton and Hove City Council spokesman Mike Taggart said.

Residents of Norris’s publicly-owned home had been complaining since 2006 about thumping music, banging headboards, and screamed obscenities, Taggart said. He added that a young child had been traumatized.

“There was a 6-year-old child who was subjected to the sort of obscenities you wouldn’t want a 6-year-old to hear,” Taggart said, adding that Norris also sunbathed naked in her yard in full view of passers-by.

“She is a classic nightmare neighbor,” he said. “There’s a salacious, smutty side to this case. But it’s not about sex, it’s about allowing your neighbors to have a normal decent life without being disturbed.”

Taggart said the city council in the southern English community sought the injunction banning Hinton from the apartment because Norris had ignored a previous court order demanding that she be more quiet.

Neither Norris or Hinton could be located for comment.

Alex Kozinski, the chief judge of the country’s largest federal appeals court, is more accustomed to appearing on lists to fill U.S. Supreme Court vacancies than headlines involving pornographic scandals. On Wednesday, he was forced to suspend an obscenity trial he was presiding over after sexually explicit images posted to his family’s Web site became public.

The Los Angeles Times had an article claiming that Kozinski had posted sexual material on his personal Web site and then blocked access after being interviewed about it Tuesday evening.

Kozinski told the Times he thought the material on his site, which included a video of a man mingling with a sexually aroused farm animal, couldn’t be seen by the public. The judge said he didn’t believe any of the images were obscene. “Is it prurient? I don’t know what to tell you,” he told the newspaper in reference to the question of the obscenity of the images. “I think it’s odd and interesting. It’s part of life.”

Yale Kozinski, the judge’s son, told the newspaper the next day that the site is registered and maintained by him. It is intended for friends and family. “The fact that it was publicly accessible actually is my fault, too,” the younger Kozinski told the newspaper. “I made a mistake in configuring it.”

After both were interviewed. it was not at all clear who, father or son, who posted the images in question, but it was clear the judge did not find them obscene. The judge suspended temporarily until Monday the trial of Ira Isaacs, who is charged with obscenity for selling movies depicting bestiality and extreme fetishes involving feces and urination.

The original story about the smut trial can be found here: SMUT TRIAL 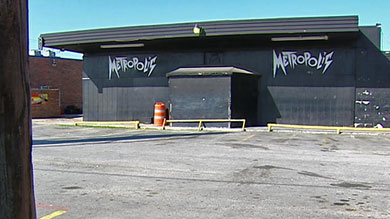 Three teenagers, two 17 and one 16, who were accused of forcing girls as young as 12 into prostitution have reached plea agreements and been sentenced to a juvenile detention center. The agreement will keep them in detention no longer than their 19th birthdays. In exchange for their pleading guilty, prosecutors dropped other charges, including human trafficking. Charges against others allegedly involved in the ring are pending in adult court.

The prostitution ring was discovered in August after a woman was caught offering men sex with a 14-year-old girl for $50. The teenagers were arrested in January after they had taken the girl to a convenience store to have sex with the owner, a regular customer of the ring, according to police. The teen pimps are suspected members of the Varrio Central gang. Court documents suggest the teens that pleaded guilty befriended runaways and other girls with unstable homes. They would take the girls to regular customers or finding new ones by walking through apartment complexes.
Furthering the graveness of the crimes, the gang members beat and sexually assaulted them and threatened their families if the girls refused to have sex for money, police said. One of the girl’s mother said, “These girls have to live with what happened for the rest of their lives,” said the mother, who was not named to conceal the identity of her daughter. “These boys aren’t going to serve much time. I don’t think that after a year and half, they’ll be ready to get back into society.”

Another Child-Molesting Cult in New Mexico

State officials in Clayton, New Mexico have been aware of and investigating an apocalyptic cult, Lord Our Righteousness Church, that supposedly has child-molesting as part of its practices, whether stated or not in its mission statement. Although this is NOT an FLDS branch, it is not unlike the cult in Texas that recently was raided and had hundreds of children taken. A man who goes by Michael Travesser ((his real name is Wayne Bent (the bearded man in the above photo)) says he was anointed the Messiah by God in 2000 had told cult members that he must sleep with seven virgins. Recently, a father, John Sayer, who has two female children in the cult, left the cult after 16 years in hopes of saving hs family. Unfortunately, after their departure, the two girls (ages 14 and 15) returned to the cult. Children, Youth and Families Department got involved after a tip and removed the Sayer’s youngest last week. Two girls and one boy, all under the age of 18, were taken in the state-intervention.

Sayer says that his daughters were asked to just “lay naked” with Micheal, but that anything could have happened. He had continually denied the requests of Michael to make his daughters 2 of the 7 virgins he would sleep with. In a posting on the website for the cult, Michael said that he never had sex with minors nor did the cult involve any kind of molestation, child or adult.

Sounds all too familar these days. Stay tuned.

Apparenlty, from the descriptions of Josef Fritzl and his household, it was maintained through a culture of fear. Christine R, Fritzl’s sister-in-law, said that her sister likely had no idea because of the constant fear she lived in and a strong desire to keep family together. “When he said it was black, it was black, even when it was 10 times white,” Christine R. said , who was interviewed Saturday evening at her home in Austria. “He tolerated no dissent…”, she went on to say.

Christine R. considered Josef Fritzl as a “tyrant” who created an elaborate cover story that no one questioned of Elisabeth running away to join a cult and abandoning three children on their doorstep, which was ultimately assisted by the fear he had worked so hard to create in the household.

The Oberoesterreichische Nachrichten daily on Saturday printed an excerpt of a 1967 court record found in the state archives in Linz, in which a Josef F. was accused of breaking into the apartment of a 24-year-old nurse and raping her.

History (and psychopathic behavior) seems to repeat itself. Perhaps, Austria needs to look into why they keep breeding psycopathic monsters like Hitler and Fritzl.

In what seems to be a move out of the American legal playbook, Fritzl is reportedly likely to claim insanity to dodge a larger ordeal for himself.

Governor Wants To Give Viagra To Older Citizens Regularly 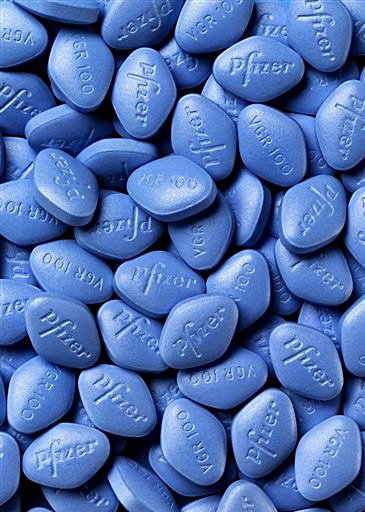 For the first time in Chile or anywhere for that matter, a mayor plans to give out free Viagra to men are over the age of 60, claiming it would improve their “quality of life” four times a month.”This has to do with quality of life and it’s done responsibly. It’s not just like handing out candy at the corner,” Gonzalo Navarrete, a physician and mayor of the poor town of Lo Prado south of Santiago, told Las Ultimas Noticias daily.

According to the mayor, men who are 60 years and older may have up to four Viagra pills a month after undergoing a complete medical exam, as to avoid potentially harmful side effects.

“We’ll give out four, 50 milligram pills, in other words, for four sexual relationships per month,” Navarrete said, adding that the program would have a starting cost of about 20,000 dollars.

The mayor said the idea came from listening to local, older men complain about not getting enough sex. 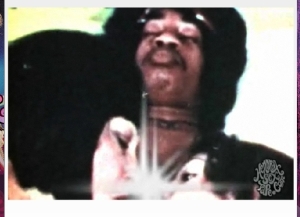 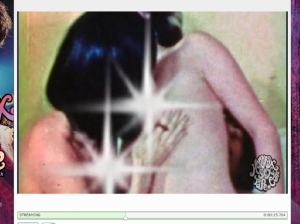