John McCain Is Not Internet Savvy Compared to 106 Year Old 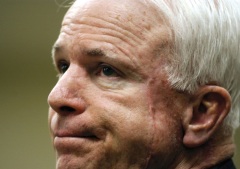 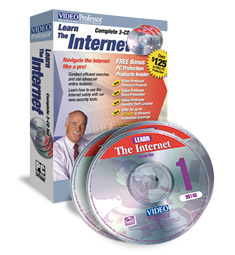 Robinson is now 106 – that’s 35 years older than McCain – and she began using the Internet at 98, at the Barclay Friends home in West Chester, Pa., where she lives. “I started to learn because I wanted to e-mail my family,” she says – in an e-mail message, naturally.

Blogs have been buzzing recently over McCain’s admission that when it comes to the Internet, “I’m an illiterate who has to rely on his wife for any assistance he can get.” And the 71-year-old presumptive Republican nominee, asked about his Web use last week by the New York Times, said that aides “go on for me. I will have that down fairly soon, getting on myself.”

How unusual is it for a 71-year-old American to be unplugged?

That depends how you look at the statistics. Only 35 percent of Americans over age 65 are online, according to data from April and May compiled by the Pew Internet Project at the Pew Research Center.

But when you account for factors like race, wealth and education, the picture changes dramatically. “About three-quarters of white, college-educated men age over 65 use the Internet,” says Susannah Fox, director of the project.

“John McCain is an outlier when you compare him to his peers,” Fox says. “On one hand, a U.S. senator has access to information sources and staff assistance that most people do not. On the other, the Internet has become such a go-to resource that it’s a curiosity to hear that someone doesn’t rely on it the way most Americans do.”

McCain spokeswoman Brooke Buchanan presented a somewhat updated picture when contacted by The Associated Press on Friday: “He’s fully capable of browsing the Internet and checking Web sites,” Buchanan said. “He has a Mac and uses it several times a week. He’s working on becoming more familiar with the Internet.”

That’s a good thing, says Tobey Dichter, CEO of Generations on Line, a group that helps bring seniors – including the 106-year-old Robinson – into the digital age.

“He needs the self-empowerment” of going online himself, says Dichter. “There are too many people surrounding John McCain who are willing to print an e-mail for him” -or do a search on his behalf, like the aides who, he says, show him the Drudge Report.

“But that cheats him of an opportunity to let his own mind take him to the next link,” says Dichter. “If he doesn’t know what links are available, he will only get exactly what he’s asking for, and nothing more.”

Why do most of us – 73 percent of Americans – use the Internet? The top three reasons are, in order, e-mail, informational searches, and finding a map or driving directions.

But there are dozens of other conveniences: Online banking, shopping, travel or restaurant reservations, job searches, real estate listings, and of course, the news (McCain, like many people over 30 or so, prefers his newspapers the old-fashioned way.) “The Internet is the ultimate convenience appliance,” says Fox.

McCain may be in “digital denial,” as Dichter calls it, but his family sure isn’t: His wife, Cindy, has been seen scrolling away on her Blackberry, and daughter Meghan, one of his seven children, blogs from the campaign trail on McCain Blogette.

As for McCain’s Democratic rival, Barack Obama is 46, and thus in an age group where fully 85 percent of Americans are plugged in. A CNN clip available on YouTube shows him so engrossed with his Blackberry while crossing a street that he bumps into the curb.

McCain’s frank admissions of his offline state have led to discussion of whether being wired is a qualification for leading the free world. One aide, Mark Soohoo, defended the senator’s lack of wiredness at the Personal Democracy Forum in New York in June by assuring the panel: “John McCain is aware of the Internet.”

One blogger opined last week that all the fuss is silly. McCain, wrote Newsweek’s Andrew Romano, hasn’t become computer literate because he hasn’t needed to. “When aides are responding to your messages and briefing you on every imaginable subject, the incentive to get online sort of disappears,” he wrote.

McCain is hardly the only prominent, wealthy, powerful man in the country to lack an affinity with computers. To take one, Sumner Redstone, the 85-year-old chairman of Viacom, “is not an avid user,” says a spokesman, Carl Falto. “He’s capable of going on but doesn’t do it frequently.”

On the other hand, famed Broadway director Arthur Laurents, 91, whose “Gypsy” is now a hit on Broadway, is known to respond faster to e-mails than to phone calls.

Among fellow senators, aides to Sen. Robert Byrd, 90, say he has a computer but prefers to speak directly to his staff and doesn’t carry a Blackberry.

What keeps some American seniors unwired? Some lack immediate access to a computer, Dichter says. But intimidation, she says, is the greatest problem.

“One has to be compassionate with a person who hasn’t gotten onto the information highway early, because the cumulative vocabulary is so intimidating,” she says. Also, many older people “feel they have a perfectly happy life without it. They feel that the world is overrun with electronic devices already.”

But, Dichter says, such people often change their minds when they realize they can get family pictures via e-mail – not to mention health information, support groups, and local community news. And Fox, of Pew, notes that seniors outpace other age groups in tracing their family’s genealogy online (a third of them say they do so, compared to a quarter of all Internet users.)

Robinson credits her computer with helping her withstand the effects of a stroke she suffered in 2003. “In my case I had a stroke and as a result could not talk,” she says in her e-mail. “The computer has been a lifesaver for me.”