Child of the FLDS Cult Give Birth While Guards Standby 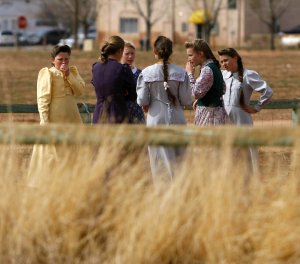 One of the girls (ages ranging from 14 to 17) taken during the raid on the Yearning For Zion (YFZ) ranch Eldorado, Texas, went into labor under guard of the state. The teenager was one of 463 children taken from the ranch and one of the 53 teenage girls that has either already given birth or had was pregnant. Now, obviously, she is a mother as a teenager. Due to the DNA testing and the large number of children involved, this case will be a very long and dragged out process.