KFC and Pizza Instead of Murder Plea 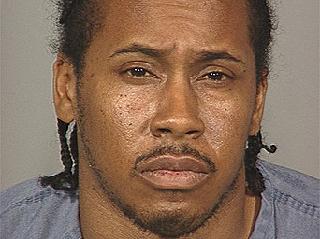 A New York man who pleaded guilty to murder in Oregon in exchange for buckets of fried chicken will get calzones and pizza to go with his life sentence.

Tremayne Durham, 33, of New York City, admitted last month that he fatally shot Adam Calbreath, 39, of Gresham, in June 2006. Durham wanted to sell ice cream and ordered an $18,000 truck from an Oregon company. He later changed his mind, but the company wouldn’t provide a refund.

The would-be ice cream man came to Oregon and killed Calbreath, a former employee of the company, while looking for its owner, authorities said.

Durham agreed to plead guilty to murder — but only if he could get a break from jail food. The judge agreed and granted Durham a feast of KFC chicken, Popeye’s chicken, mashed potatoes, coleslaw, carrot cake and ice cream.

After Wednesday’s sentencing, Durham was to get the rest of the deal — calzones, lasagna, pizza and ice cream, his defense attorney confirmed. They will pay the tab.

Durham also got married Wednesday in a civil ceremony at the Portland courthouse. The wedding to Vanessa Davis, 48, also of New York City, was not part of the plea deal that will give Durham a chance for parole after 30 years.

Deputy District Attorney Josh Lamborn said Multnomah County Judge Eric Bergstrom made the right call in allowing the unusual plea agreement because it saved the expense of a trial and possible appeals.

Article from the Associated Press