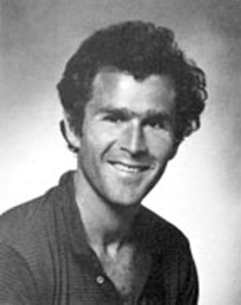 Can you say, lame duck?!

According to reports, “President ” George W. Bush is going to appear on a game show this coming Monday, which will feature a contestant who is a soldier.

No, it’s not Are You Smarter than a Fifth Grader. Close, though!

‘W’ is going to appear on NBC’s Deal or No Deal.

Captain Joseph Kobes reportedly competes in the popular Howie Mandel-fronted show to attempt to win enough cash to pay off his parents’ home. The dealmaking is briefly halted for Kobes, a Purple Heart and Bronze Star recipient who has served in Iraq THREE times. ‘W’ surprises him by appearing on a screen to express gratitude for his service and wish him luck in the game.

The ‘W’ piece was pre-taped.

Hats off to Captain Kobes, though. We can’t wait to hear if he won all the money needed to help his fam. If the Captain didn’t win all that was needed, maybe ‘W’ can make some phone calls to get Haliburton’s charitable contributions gang to cover the debt!

Oprah would pay for the house, even if he lost!

This story broght to you via Perez Hilton.com
iNPLACENEWS

*** Deal or No Deal? Where was that question during the second election? I say, NO DEAL.

Uncategorized | Tagged: Are You Smarter than a Fifth Grader, bush, Deal or No Deal, Howie Mandel, NBC, president, W |