The lyrics don’t spare the Rev. Jesse Jackson, who recently apologized for making crude comments about Obama. “If you said it then you meant it,” intones the rapper.

Obama’s campaign blasted “Politics as Usual,” which is on the “Gangsta Grillz: The Preview” mixtape with Atlanta spinner DJ Drama.

“As Barack Obama has said many, many times in the past, rap lyrics today too often perpetuate misogyny, materialism, and degrading images that he doesn’t want his daughters or any children exposed to,” campaign spokesman Bill Burton said in an e-mail statement Wednesday. “This song is not only outrageously offensive to Sen. Clinton, Rev. Jackson, Sen. McCain and President Bush, it is offensive to all of us who are trying to raise our children with the values we hold dear. While Ludacris is a talented individual he should be ashamed of these lyrics.”

Ludacris’ publicist and manager did not immediately return calls Wednesday for comment.

Shaq Can’t Rap But He Can Diss Kobe

Just in case anybody had forgotten that Kobe Bryant has never won an NBA title without Shaquille O’Neal, the big man sent out a reminder.

The Phoenix Suns center can be seen rapping that “Kobe couldn’t do without me” in a video posted online at celebrity news and gossip site TMZ.com

During the two-minute video, a grinning O’Neal lurches through an improvised rap in which he skewers the Lakers’ star, with whom he won three straight NBA titles from 2000-2002 while with Los Angeles.

“I was freestyling. That’s all. It was all done in fun. Nothing serious whatsoever,” O’Neal told ESPN.com Monday. “That is what MC’s do. They freestyle when called upon. I’m totally cool with Kobe. No issue at all.”

O’Neal and Bryant last played together in 2004. After a long-simmering feud came to a boil in public, O’Neal was traded to Miami before the 2004-05 season, and won an NBA championship with the Heat in 2006.

Bryant and the Lakers didn’t reach the finals again until earlier this month, when the Boston Celtics beat them 4-2.

“You know how I be,” Shaq rapped. “Last week Kobe couldn’t do without me.”

O’Neal, who has recorded seven albums, also said he is “the difference between first and last place” and even took a jab at former New York Knicks center Patrick Ewing’s lack of championship rings.

Rapper Warren G was busted for marijuana possession on Saturday, June 7th, 2008. After the car he was in ran a red light, they found “a lot” of marijuana and he was arrested for possession with the intent to sell. More to come as this story unfolds.

Treach Pulled Over By Cops Wearing a Bulletproof Vest

Rapper Treach from Naughty By Nature was given a ticket for driving with a suspended license after he was pulled over for driving the wrong way down a one-way street … all the while wearing a bulletproof vest.

Treach was busted yesterday in Newark, NJ. after police were called to the area because of a report of shots fired. Treach was pulled over in “the immediate area of the shooting incident” but Newark PD tells TMZ they have no suspect (or even a victim) and that Treach is only “a potential witness at this time.”

TMZ fun fact — it is not a crime to wear a bulletproof vest in New Jersey, unless it is worn during illegal activity. The more you know …

This was found @ TMZ.com

Foxy Brown Out of Jail and Fired 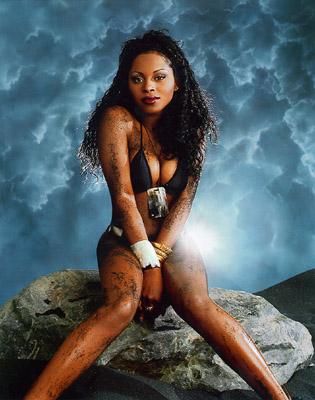 She may be just out of jail, but Foxy Brown still has a lot of legal issues ahead of her!

And, things have just gotten more complicated for the troubled rapper.

On Wednesday, Brown’s Florida lawyer, Fred Haddad, unexpectedly dumped her as a client on Wednesday in court.

Foxy is facing misdemeanor battery charges for an “incident” that happened at a Pembroke Pines beauty supply store last year. She got all Naomi on one of the workers!

Haddad told Judge Joel Lazarus that he was withdrawing from the case because of ”irreconcilable differences” with Brown.

The lawyer exploded on Brown’s handlers, who broke the news that her New York attorneys had brokered a plea deal with the state attorney’s office behind his back.

Haddad had spent the past few months preparing a case for trial.

Brown would receive six months probation if she accepted the plea deal.

”I think the problem is she doesn’t like me,” Haddad said. “I have a problem agreeing to a plea deal. I didn’t negotiate this. I put a ton of work into this case.”

Let’s hope you get paid for your work! 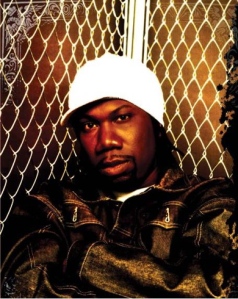 Nothing like a little flying glass to help preach non-violence!

Old-school rap legend KRS-One was hospitalized in New Haven, CT with a fractured hand last night when a “fan” threw a bottle on stage, striking the rapper in the head and hand. And get this: KRS was performing in New Haven on his Stop the Violence tour. Jesus take the freakin’ parking lot!

The concert-goer was upset because club security had removed him from the stage, according to AllHipHop.com. The rapper had to cancel several upcoming appearances due to the severity his injuries. The best thing, though? He kept rappin’ even after getting hit!

For the rest of this story, go to TMZ.com

Trouble in paradise already? Or was it pregnancy hormones?

An eyewitness reports that Beyonce gave Jay-Z a bit of ‘tude at a Barack Obama rally in Hollywood earlier this week.

Here’s how it supposedly went down — Jay was performing as part of the rally at the Hollywood Bowl. After a dig at George W Bush, the rap megastar tried to lift the mood by rapping over a few songs.

Flicking through his box of oldies, the DJ slapped on one of Beyonce’s biggest hits, Crazy In Love. But as the fans grooved, Jay-Z growled. Storming to the mic, he yelled: “Fuck that. Sorry Bey but fuck that – let’s play something else.”

The insider claims this infuriated Beyonce! She stormed off….but not before laying into Hova away from prying eyes.

“Beyonce had been side stage for most of the night, dancing and singing along. But when Jay-Z got the song pulled, her mood soured. He meant it as a joke, but Beyonce didn’t take it that way. After he came off stage, she confronted him, demanding to know what the hell his comments had been about. She was gesturing wildly and not looking happy.”

Tough guy Jay apparently, like any good husband should (wink, wink) ‘grovelled’ to make it all better. Peace was apparently restored.

The eyewitness goes on to say, “It’s a shame because earlier the pair had been flashing their tattooed wedding ring fingers. Both have ‘IV’ – the date of their wedding’ – inked on.”

This story brought to you by Perez Hilton.com

** Between marrying a gorgeous, well-spoken, talented and successful woman like Beyonce’, Jay-Z should be happy. Does he look happy in this photo?