No Jail For Amy This Time 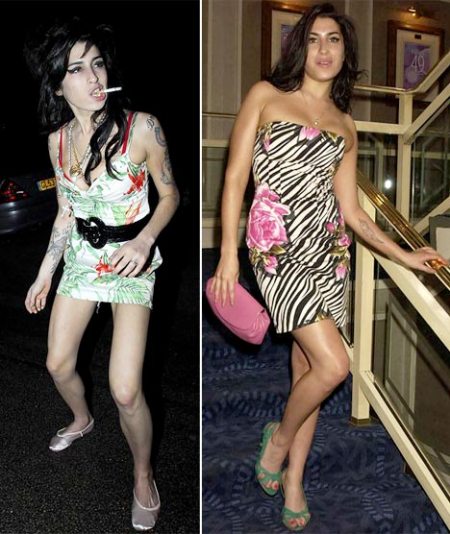 Amy Winehouse is free without worry of being prosecuted for the video tape handed to the police sometime in January. A spokeswhore for Wino released the following statement Wednesday morning:
“Police have confirmed that no action will be taken against Amy Winehouse in relation to an investigation into a video handed to them in January. She was questioned by policelast week and released on unconditional bail. They have now concluded their enquiries and no charges will be brought. Amy’s bail date to return to Limehouse police station has been cancelled, bringing this matter to an end.
Amy is pleased to be able to move on and concentrate on music and particularly looks forward to seeing herfans again at eagerly awaited festival performances this summer.”