Danica Patrick Gets In Girl Fight With Milka Duno 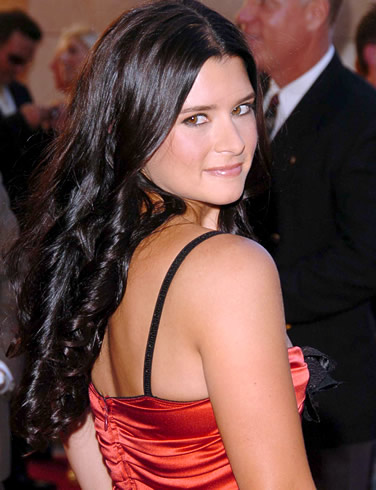 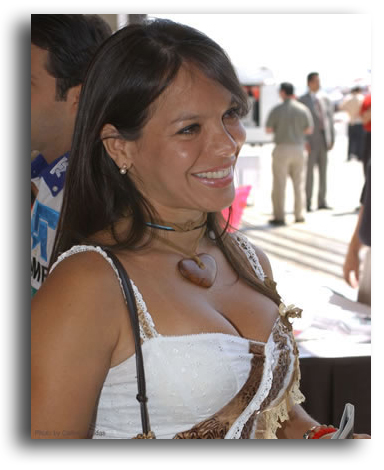 Danica Patrick gets into a girl-fight with another female racer, Milka Duno this past weekend at the Mid-Ohio Sports Car Course. Watch the clip here.

Brawl At The Drive Through Window Leads To Nose Bitten Off 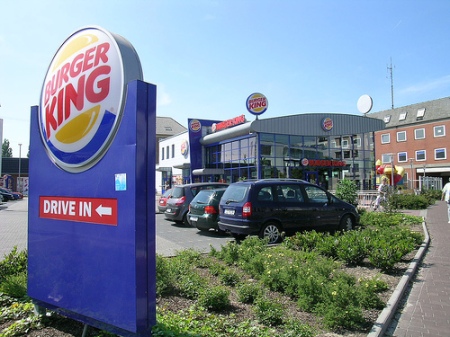 A 38-year-old carpenter was jailed this week after police accused him of biting off most of a man’s nose during a fight at the Burger King on Folly Road.

A 32-year-old man was at the restaurant’s drive-thru about 11 p.m. Tuesday when he noticed a white truck behind him with smoking tires, an incident report said. It said the truck then struck the man’s vehicle.

Both men got out and went to the ground in a fight, the report said. A witness told police that at one point he saw the truck driver rise up with his face covered in blood and that he spit out a piece of flesh. Charleston County sheriff’s deputies observed that the truck driver had blood on his face but no wound, the incident report said.

A piece of the man’s nose was taken with him to Medical University Hospital, where he was last listed in fair condition, the report said. He was no longer at the hospital Wednesday, the hospital said. Gary Eastwood of Fleming Road is charged with assault and battery of a high and aggravated nature and remained at the Charleston County Detention Center on Wednesday night. His bond was set at $100,000.

Eastwood told deputies he intentionally bit the man’s nose off because he was in a “war,” according to the report. It said that as a deputy was taking Eastwood to the jail, Eastwood graphically described the taste of blood. 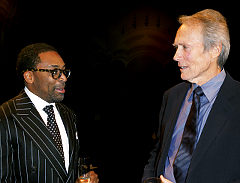 In the arena of moviemaker battles, the current war of words between Clint Eastwood and Spike Lee is pretty ugly.

It started on May 20, when Lee held a press conference at the Cannes Film Festival following the premiere of a trailer for his new film “Miracle at St. Anna,” a World War II epic about an all-black infantry division that fought in Italy.

Lee wondered from the dais why black soldiers weren’t a part of Eastwood’s 2006 drama “Flags of Our Fathers,” which detailed the 1945 battle for Iwo Jima and its aftermath: “There were many African-Americans who survived that war and who were upset at Clint…. That was his version: the negro soldier did not exist. I have a different version.

“It’s not like [Eastwood] could say he didn’t know. It was a conscious decision not to have any black people.”

A half-hour after the comments made by Lee, 51 — who’s been a public and cinematic provocateur since his 1986 breakthrough, “She’s Gotta Have It” — Eastwood, 78, was having his own press conference, for the Cannes screening of “Changeling,” his upcoming Depression-set drama starring Angelina Jolie as a mother seeking her lost child.

But Eastwood kept silent when asked repeatedly by reporters if he’d like to reply to Lee’s dig. A spokesperson also declined to comment.

However, Eastwood sat down later in the film fest with a reporter for the London Guardian, which published the interview Friday. Predictably, Lee’s remarks didn’t sit well with the former “Dirty Harry.”

“Has he ever studied the history?” Eastwood asks of Lee, who, he told the Guardian, “complained when I did [1988’s Charlie Parker bio-pic] ‘Bird.’ [He said] ‘Why would a white guy be doing that?’ I was the only guy who made it, that’s why. [Lee] could have gone ahead and made it.”

Speaking about black troops on Iwo Jima, Eastwood said, “But they didn’t raise the flag. The story [was] … the famous flag-raising picture, and they didn’t do that. If I put an African-American actor in there, people’d go, ‘This guy’s lost his mind.’ I mean, it’s not accurate. … When I do a picture and it’s 90% black, like ‘Bird,’ I use 90% black people.

The New York-based Lee has not responded. Yet.

This story was originally found @ NYDailyNews.com