Identity of Man Who Was Shot While Beating Boy 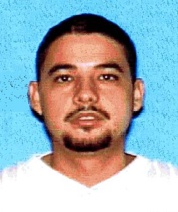 Police on Monday identified the man who was fatally shot by an officer for allegedly refusing to stop beating a toddler to death along a remote road as Sergio Casian Aguilar, 27.

On Saturday night, Aguilar parked his truck on an unlit road, removed a 2-year-old boy from his car seat and proceeded to stomp, kick and punch the boy to death, according to authorities and witnesses. The boy was unrecognizable when he was pronounced dead at Emanuel Medical Center.

Authorities have not released the boy’s name, but they say they believe he was Aguilar’s son. The relationship is being confirmed by DNA testing.

Several motorists called 911 and tried to stop the beating, authorities said. Witnesses report that Aguilar told people who tried to stop him that the boy was “trash.”

Responding to 911 calls, a Stanislaus County Sheriff’s Department helicopter landed in a field nearby. A Modesto police officer, Jerry Ramar, fatally shot Aguilar, who flashed his middle finger at the officer, after he failed to heed the officer’s warning to stop beating the child

Authorities have not released the name of the boy’s mother.

Aguilar had no previous criminal history, police said. Results of toxicology tests on Aguilar are expected in four weeks.

The original, breaking news story can be read here

A 73 year old twisted man (we should say monster) in Amstetten, Austria has held captive and sexually abused his daughter for 24 years. Now under arrest the man has fathered six children by way of repeatedly rapping his daughter Elizabeth for more than twenty four years. Some of the children were also held in the hidden room while the others were raised as foster children. Elizabeth is now 42 years old and has been classified as “disturbed”. She may be disturbed after spending twenty-four years in a room under horrific abusive conditions. The man’s wife Rosemarie claims she knew nothing about the captive children.

According to Elizabeth her father, known only Josef, had been sexually abusing her since age 11. She recalled the day Josef lured her into the cellar, drugging and handcuffing her before locking her up.

These heinous crimes came to light when one of the man’s inbred children, Kerstin, who is 19 years of age, was hospitalized in serious condition.

Austrian police confirmed they had located the cellar where Elisabeth F, was held along with three of her children.