Videos showing Leon police practicing torture techniques on a fellow officer and dragging another through vomit at the instruction of a U.S. adviser created an uproar Tuesday in Mexico, which has struggled to eliminate torture in law enforcement.

Two of the videos – broadcast by national television networks and displayed on newspaper Internet sites – showed what Leon city Police Chief Carlos Tornero described as training for an elite unit that must face “real-life, high-stress situations,” such as kidnapping and torture by organized crime groups.

But many Mexicans saw a sinister side, especially at a moment when police and soldiers across the country are struggling with scandals over alleged abuses.

“They are teaching police … to torture!” read the headline in the Mexico City newspaper Reforma.

Human rights investigators in Guanajuato state, where Leon is located, are looking into the tapes, and the National Human Rights Commission also expressed concerned.

“It’s very worrisome that there may be training courses that teach people to torture,” said Raul Plascencia, one of the commission’s top inspectors.

One of the videos, first obtained by the newspaper El Heraldo de Leon, shows police appearing to squirt water up a man’s nose – a technique once notorious among Mexican police. Then they dunk his head in a hole said to be full of excrement and rats. The man gasps for air and moans repeatedly.

In another video, an unidentified English-speaking trainer has an exhausted agent roll into his own vomit. Other officers then drag him through the mess.

“These are no more than training exercises for certain situations, but I want to stress that we are not showing people how to use these methods,” Tornero said.

He said the English-speaking man was part of a private U.S. security company helping to train the agents, but he refused to give details.

A third video transmitted by the Televisa network showed officers jumping on the ribs of a suspect curled into a fetal position in the bed of a pickup truck. Tornero said that the case, which occurred several months earlier, was under investigation and that the officers involved had disappeared.

Mexican police often find themselves in the midst of brutal battles between drug gangs. Officials say that 450 police, soldiers and prosecutors have lost their lives in the fight against organized crime since December 2006.

At the same time, several recent high-profile scandals over alleged thuggery and ineptness have reignited criticisms of police conduct. In Mexico City last month, 12 people died in a botched police raid on a disco.

The National Human Rights Commission has documented 634 cases of military abuse since President Felipe Calderon sent more than 20,000 soldiers across the nation to battle drug gangs.

And $400 million in drug-war aid for Mexico that was just signed into law by President George W. Bush doesn’t require the U.S. to independently verify that the military has cleaned up its fight, as many American lawmakers and Mexican human rights groups had insisted.

The videos may seem shocking, but training police to withstand being captured is not unusual, said Robert McCue, the director of the private, U.S. firm IES Interactive Training, which provides computer-based training systems in Mexico.

“With the attacks on police and security forces in Mexico that have increased due to the drug cartel wars, I’m not surprised to see this specialized kind of training in resisting and surviving captivity and torture,” he said. 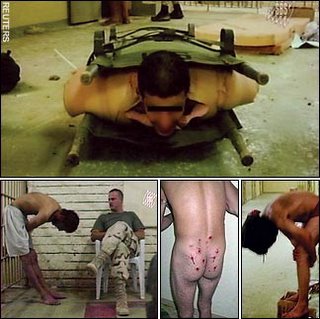 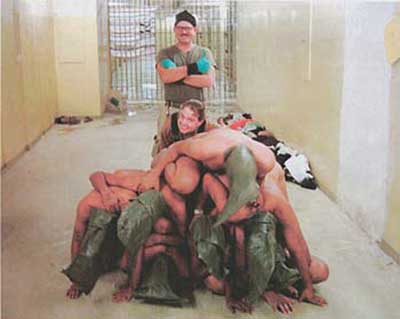 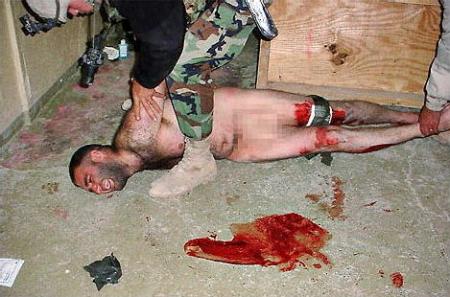 Former detainees of the Abu Ghraib prison in Iraq are suing U.S. contractors. The first complaint was filed Monday in U.S. District Court in Seattle, Washington. Others are being filed in Detroit, Michigan; Columbus, Ohio; and Greenbelt, Maryland.

According to the court papers, it is alleged that innocent people who were arrested and taken to the prison were subjected to forced nudity, electrical shocks, mock executions and other inhumane treatment by employees of defense contractors CACI International and L-3 Communications, formerly Titan Corporation.

The plaintiffs are represented by law firms in Philadelphia and Detroit and by the Center for Constitutional Rights.

Perhaps The Most Twisted, Sadistic Cult Stories Ever 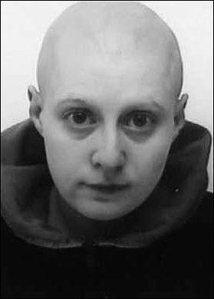 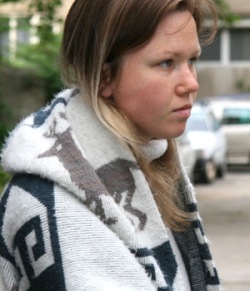 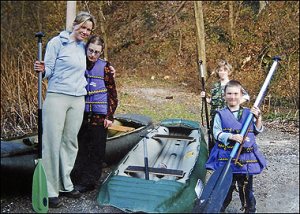 In Brno, Czech Republic, Kalra Mauerova, 31, is being accused of partially skinning her caged son and feeding it to relatives. She wept in court as she admitted torturing her son, Ondrej and his ten-year-old brother, Jakub. Ms. Mauerova, a member of the Grail Movement cult, caged Ondrej for months while relatives, also members of the cult, ate his raw flesh This is according to her testimony to a judge.

The court in Brno heard the family sexually abused the boys and forced them cut themselves with knives.The boys said they were either kept in cages or handcuffed to tables where they were left for days to stand in their own urine.

The abuse was discovered when a man living nearby installed a TV monitor to keep watch on his newborn baby. Instead of pictures of his newborn he was confronted by live images of Ondrej naked in the cellar – beaten and chained.

Mauerova is believed to have installed the monitor so she could watch her victims suffering from her kitchen. Ms Mauerova accused a fellow cult member, Barbora Skrlova, of brainwashing her. The abuse of Ondrej and Jakub was co-ordinated via text messages sent by a leader of the Grail Movement cult, who was known only as the “Doctor”.

The trial of Mauerova, another relative and their bogus sister Skrlova, who fled and was later found posing as a boy in Norway, continues.