Teachers Can Carry Guns in Texas

The small community of Harrold in north Texas is a 30-minute drive from the Wilbarger County Sheriff’s Office, leaving students and teachers without protection, said David Thweatt, superintendent of the Harrold Independent School District. The lone campus of the 110-student district sits near a heavily traveled highway, which could make it a target, he argued.

“When the federal government started making schools gun-free zones, that’s when all of these shootings started. Why would you put it out there that a group of people can’t defend themselves? That’s like saying ‘sic ’em’ to a dog,” Thweatt said in a story published Friday on the Fort Worth Star-Telegram’s Web site.

Trustees approved the policy change last year, and it takes effect when classes begin this month. For employees to carry a pistol, they must have a Texas license to carry a concealed handgun, must be authorized to carry by the district, must receive training in crisis management and hostile situations and must use ammunition designed to minimize the risk of ricocheting bullets.

Officials researched the policy and considered other options for about a year before approving the policy change, Thweatt said. The district also has other measures in place to prevent a school shooting, he said.

“The naysayers think [a shooting] won’t happen here. If something were to happen here, I’d much rather be calling a parent to tell them that their child is OK because we were able to protect them,” Thweatt said.

It isn’t clear how many of the 50 or so teachers and staff members will be armed this fall, because Thweatt did not disclose that information, to keep it from students or potential attackers.

Article from the Associated Press

Court Orders Kid To Apologize For Dressing As Penis 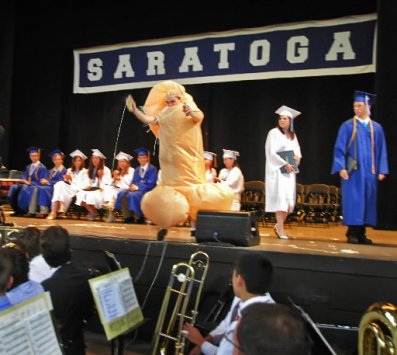 A judge in Saratoga, New York, has ordered 19-year-old Calvin Morett to write an apology to a the city of Saratoga Springs in New York for dressing in an offensive Penis-costume at a high school graduation after he pleaded guilty to disorderly conduct for dressing in a 6-foot penis costume at the graduation at the Saratoga Performing Arts Center. A video of his visit last month has appeared on YouTube.

The judge has also ordered Morett to pay to have the apology published in a local newspaper, pay court fees and perform 24 hours of community service. 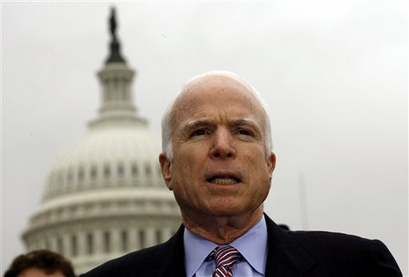 On Wednesday, John McCain told the annual convention of the National Association for the Advancement of Colored People, he will expand education opportunities for children in failing schools, including vouchers for children to attend private school. The NAACP is the nation’s oldest civil rights organization

In his speech, McCain praised Democrat Barack Obama’s historic campaign. McCain added that Obama is wrong to oppose school vouchers for students in failing public schools. Tools like vouchers and other merit pay for teachers to break from conventional thinking on educational policy. The question remains though, how does McCain to help raise money for such programs without raising taxes or greatly scaling back or cutting expenses like the war he supports.

Schools Closed Due To Ninja In The Woods 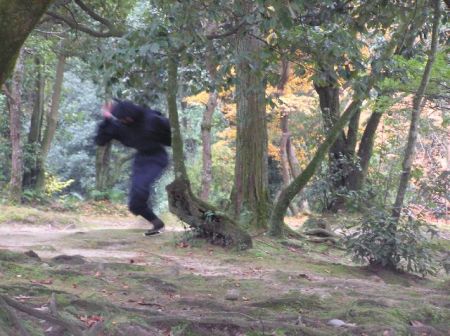 Public schools in Barnegat, NJ were locked down for a short time after someone reported seeing a ninja running through the woods behind an elementary school. Turns out the ninja was actually a camp counselor dressed in a black karate outfit and carrying a plastic sword.

Police reported that the man was late to a costume-themed day at a nearby middle school.

The lockdown began shortly after 9 a.m. Wednesday and lasted until 9:30.