Man Killed By Police While Beating Toddler To Death

In Stanislaus County, California, police killed a 27-year-old man found kicking, punching and stomping a toddler to death after attempts by both police and other people to stop him. Following the incident, investigators were trying to establish the relationship between the suspect and the child he had beaten to death. The Stanislaus County coroner said the boy, based on his size, appeared to be between 1 and 2 years old and he will have to be identified through a blood or DNA test. Police were perplexed and quite shocked about any possible motive this man could have had.

Police found a child’s car seat in the back of the suspect’s four-door pickup truck. The truck caught the attention of an elderly couple at 10:13 p.m. Saturday because it was stopped in the two-lane road facing the wrong direction. As they got closer, the couple saw the man beating the toddler behind his truck and throwing the child on the ground. The suspect was engaged in what he was doing. He just pushed off anyone who attempted to intervene and went back to it. People in the area began calling 911.

Responding to those emergency calls, a police helicopter landed in a cow pasture at 10:19 p.m. carrying a Modesto police officer who shot the man to death after he refused an order to stop beating the child. No children within the dead boy’s age range have been reported kidnapped or missing in Stanislaus County, according to authorities.

The dig for human remains concluded Wednesday after no bodies were found at four sites, leaving scientists puzzled over the clues that enticed them to go this far.

The excavation had been scheduled to last three days, ending Thursday. Having gone more quickly than planned, with the crew of 20 digging until dusk, the excavation ended early.

“There have been no human remains found,” Inyo County Sheriff Bill Lutze said. “We’re finishing up this site and that’ll be it for the day. . . nothing.” 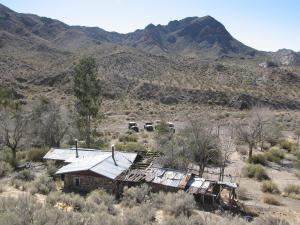 One of the Manson Family cult boasted that there were three additional victims buried out at their ranch while in jail. Susan Atkins told her cellmate on November 1st, 1969 that were three more people that they had killed near the Ranch. More recently, visits from forensic scientists have found fresh eveidence to suggests that what she said may be true. Excavations and related investigations are scheduled to start soon. If these graves are found, it will ensure that the remaining cult members serve the remainder of their life sentences in prison without even a chance at parole.

More as this story unfolds…
iNPLACENEWS

Drew Peterson is offering a twenty-five thousand dollar ($25k) reward for information leading to her safe return. Police consider him a suspect in the “possible” murder case of his wife, Stacy Peterson. He claims to have no information about her location or status. I guess, that means he cannot keep the money either. Or, it means he has to give himself the money. Right?

Another Tool For Detectives and Forensics

A company in Georgia s trying to replace DNA testsing with a means of finding out much of the same information. It would be a great tool for detectives, forensic experts and the military. No one expects it to replace DNA analysis, and representatives of the company suggest it is not meant to.

The new method analyzes antibodies. Each person has a unique antibody bar code that can be taken from blood, saliva or other bodily fluids. Antibodies are proteins used by the body to fend off viruses or otherwise clean the system.

The scientists say an antibody profile can yield results faster and more cost-affectively and be performed in the field with minimal training. National lab administrators have licensed the technology exclusively to Identity Sciences LLC in Alpharetta, Georgia.