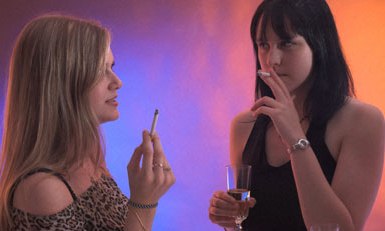 Women typically get heart disease much later than men, but not if they smoke, researchers said Tuesday.

“This is not a minor difference,” said Dr. Silvia Priori, a cardiologist at the Scientific Institute in Pavia, Italy. “Women need to realize they are losing much more than men when they smoke,” she said. Priori was not connected to the research.

Dr. Morten Grundtvig and colleagues from the Innlandet Hospital Trust in Lillehammer, Norway, based their study on data from 1,784 patients admitted for a first heart attack at a hospital in Lillehammer.

Their study found that the men on average had their first heart attack at age 72 if they didn’t smoke, and at 64 if they did.

Women in the study had their first heart attack at age 81 if they didn’t smoke, and at age 66 if they did.

After adjusting for other heart risk factors like blood pressure, cholesterol and diabetes, researchers found that the difference for women was about 14 years and for men, about six years.

Previous studies looking at a possible gender difference have been inconclusive.

Doctors have long suspected that female hormones protect women against heart disease. Estrogen is thought to raise the levels of good cholesterol as well as enabling blood vessel walls to relax more easily, thus lowering the chances of a blockage.

Grundtvig said that smoking might make women go through menopause earlier, leaving them less protected against a heart attack. With rising rates of smoking in women – compared with falling rates in men – Grundtvig said that doctors expect to see increased heart disease in women.

“Smoking might erase the natural advantage that women have,” said Dr. Robert Harrington, a professor of medicine at Duke University and spokesman for the American College of Cardiology.

Doctors aren’t yet sure if other cardiac risk factors like cholesterol and obesity also affect women differently.

“The difference in how smoking affects women and men is profound,” Harrington said. “Unless women don’t smoke or quit, they risk ending up with the same terrible diseases as men, only at a much earlier age.” 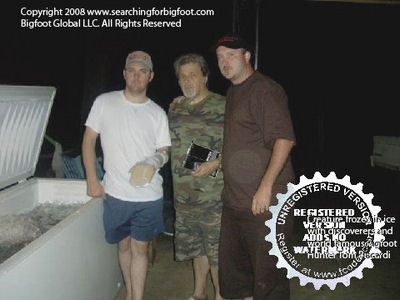 Two men claim they’ve bagged Bigfoot, and they say the have the hairy corpse of the legendary creature stored away in a freezer. Matt Whitton and Rick Dyer say they stumbled across the corpse in the woods of northern Georgia, across the country from the remote regions of the Northwest where people usually claim to see the man-ape.

Still, the Georgia men say DNA will prove once and for all that the frozen creature is Sasquatch. They plan to present DNA test results and photographs during a news conference Friday in Palo Alto, Calif.

They’re not winning over any skeptics, though.

“What I’ve seen so far is not compelling in the least, and I think the pictures cast grave doubts on their claim,” Jeffrey Meldrum, a Bigfoot researcher and Idaho State University professor, told the Scientific American. “It just looks like a costume with some fake guts thrown on top for effect.”

Meldrum said the DNA test likely won’t prove anything and, at best, might yield a gene sequence that doesn’t match any other known primates.

Whitton, an officer on medical leave from the Clayton County Police Department, and Dyer, a former corrections officer, announced the discovery in early July.

The picture they sent out in a news release and on their Web site – http://www.bigfoottracker.com – shows what appears to be a hairy corpse crammed into a chest freezer. The accompanying announcement describes the creature as a 7-foot-7 male, weighing 550 pounds with 16-inch human-like feet and reddish hair.

Messages left for Whitton and Dyer early Friday on their Bigfoot Tipline were not returned. They have so far offered three different tales so far about how they came to find the creature:

In one, the animal was shot by a former felon, and the men followed it into the woods. In a second version, they found a “family of Bigfoot” in North Georgia mountains. In the third, the two were hiking and stumbled upon the corpse with open wounds.

U.S. Fish and Wildlife Reserve spokesman Tom Mackenzie said officers also are not taking the claim seriously and will not investigate Bigfoot because it not a federal priority.

“It’s not on endangered species on any list that we’ve got,” Mackenzie said.

Researchers have uncovered a new clue to the cause of Alzheimer’s disease. The brains of people with the memory-robbing form of dementia are cluttered with a plaque made up of beta-amyloid, a sticky protein. But there long has been a question whether this is a cause of the disease or a side effect. Also involved are tangles of a protein called tau; some scientists suspect this is the cause.
Now, researchers have caused Alzheimer’s symptoms in rats by injecting them with one particular form of beta-amyloid. Injections with other forms of beta-amyloid did not cause illness, which may explain why some people have beta-amyloid plaque in their brains but do not show disease symptoms.

The findings by a team led by Dr. Ganesh M. Shankar and Dr. Dennis J. Selkoe of Harvard Medical School were reported in Sunday’s online edition of the journal Nature Medicine.

The researchers used extracts from the brains of people who donated their bodies to medicine.

Forms of soluble beta-amyloid containing different numbers of molecules, as well as insoluble cores of the brain plaque, were injected into the brains of mice. There was no detectable effect from the insoluble plaque or the soluble one-molecule or three-molecule forms, the researchers found.

But the two-molecule form of soluble beta-amyloid produced characteristics of Alzheimer’s in the rats, they reported.

Those rats had impaired memory function, especially for newly learned behaviors. When the mouse brains were inspected, the density brain cells was reduced by 47 percent with the beta-amyloid seeming to affect synapses, the connections between cells that are essential for communication between them.

The research, for the first time, showed the effect of a particular type of beta-amyloid in the brain, said Dr. Marcelle Morrison-Bogorad, director of the division of neuroscience at the National Institute on Aging, which helped fund the research.

It was surprising that only one of the three types had an effect, she said in a telephone interview.

Morrison-Bogorad said the findings may help explain the discovery of plaque in the brains of people who do not develop dementia. For some time, doctors have wondered why they find some brains in autopsy that are heavily coated with beta-amyloid, but the person did not have Alzheimer’s.

The answer may lie in the two types of beta-amyloid that did not cause symptoms.

Now, the question is why one has the damaging effect and not others.

“A lot of work needs to be done,” Morrison-Bogorad said. “Nature keeps sending us down paths that look straight at the beginning, but there are a lot of curves before we get to the end.”

Dr. Richard J. Hodes, director of the National Institute on Aging, said that “while more research is needed to replicate and extend these findings, this study has put yet one more piece into place in the puzzle that is Alzheimer’s.”

In addition to the Institute on Aging, the research was funded by Science Foundation Ireland, Wellcome Trust, the McKnight and Ellison foundations and the Lefler Small Grant Fund.

This was originally found @ AssociatedPress.com

While Hand-Foot-Mouth Disease is not uncommon in toddlers and children, the current outbreak in China is gaining international attention and concern. The reported number of infected children, all of which are below the age of 6, increased dramatically Monday. State-run media had initially said 6,300 children were infected, but reports from other provinces increased the number by more than 2,000.

The worst-hit area is a Province called Anhul in rural, eastern China. The state has sent health officials and medical assistance there. The outbreak there started in March, and 22 children have since died. Authorities say they have closed schools and kindergartens, and they have began spraying disinfectants in the streets. Meanwhile, hospitals are becoming over-crowded with extra beds lining the hallways.

Father of LSD Dies in Switzerland

Known as the father of the LSD and the modern psychadelic experience, Albert Hoffman passed away Tuesday at his home in Burg im Leimental, Switzerland. He was 102 years old. His efforts chemically influenced not only a social movement in 1960’s but millions of people for decades to follow.

The Swiss chemist discovered lysergic acid diethylamide-25 in 1938 while studying the medicinal uses of a fungus found on wheat and other grains at the Sandoz Pharmaceuticals firm in Basel. He became the first human guinea pig of the drug when a tiny amount of the substance seeped onto his finger during a laboratory experiment on April 16, 1943. The rest is now history. 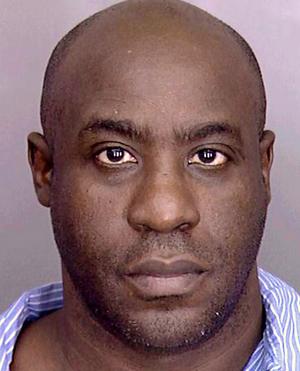 After 27 years locked up in prison for a crime he did not commit, James Lee Woodard was cleared of the 1980 murder of his girlfriend, becoming the 18th person in Dallas County to have his conviction over-turned. That is more than any other county nationally, according to the Innocence Project, a New York-based legal nonprofit that specializes in overturning wrongful convictions, particularly using DNA.