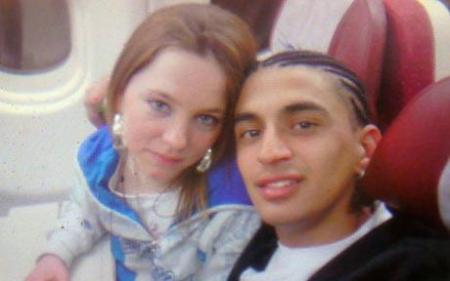 Police on Thursday accused a Brazilian man of killing and dismembering his 17-year-old British girlfriend, taking pictures of her body parts with his cell phone and stuffing her torso in a suitcase.

Officers found the suitcase with the torso of Cara Marie Burke at the edge of a river Monday in this central Brazilian city, Goias state police inspector Jorge Moreira da Silva said.

Burke’s boyfriend, Mohamed D’Ali Carvalho Santos, 20, was arrested and charged with homicide Thursday after “he confessed he cut her up and even photographed the body on his cellular phone,” Silva said.

One photo appeared to have been taken in a bathroom shower stall, showing Burke’s severed head placed on the chest of her torso along with a bloody butcher knife.

Silva said Santos confessed he killed Burke because she threatened to tell his parents he was a drug dealer addicted to cocaine, and she was considering turning him in to police.

After fatally stabbing Burke on Saturday, Santos left her body in the bathroom and went to a party, returning to dismember her the next day, the police inspector said.

Burke’s family in England identified her from a tattoo that said “Mum” after images of the body were broadcast on TV, Silva said.

Burke met Santos in London, where his mother lives, Silva said. She had been in Brazil for about three months.

Police were still searching Thursday for Burke’s head and limbs, which Santos said he hid in a rural area outside town. Taken out of his cell in handcuffs to be filmed by television crews, he held his head down and said nothing.

Karine Neves, a spokeswoman for the British Embassy in Brasilia, said a British vice consul is in Goiania tracking the case and the police investigation.

The page also featured pictures of the blond teenager posing with friends in London and Brazil and holding a baby in her arms.

This entry was posted on Friday, August 1st, 2008 at 3:23 pm and is filed under arrested, Bizarre, brazil, cell phone pictures, crime, death, drugs, murder, news, police. You can follow any responses to this entry through the RSS 2.0 feed. You can leave a response, or trackback from your own site.