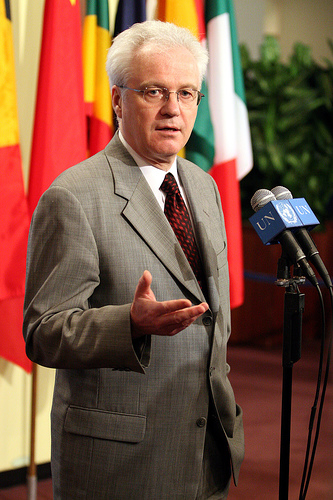 Western powers mustered nine votes, the minimum needed to gain approval in the 15-nation council. But the resolution pushed by the Bush administration failed because of the action by two of the five veto-wielding permanent members.

The other three states with veto power – the U.S., Britain and France – argued that sanctions were needed to respond to the state-sanctioned violence and intimidation against opponents of President Robert Mugabe before and after Zimbabwe’s recent presidential election.

The proposal would have imposed an international travel ban and freeze on personal assets of Mugabe and 13 key officials.

Russian U.N. Ambassador Vitaly Churkin said sanctions would have taken the U.N. beyond its mandate in trying to punish political disputes by “artificially elevating them to the level of a threat” to international peace and security. 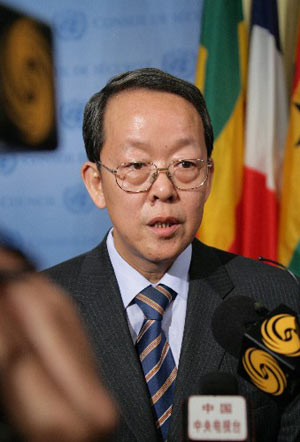 Chinese Ambassador Wang Guangya, whose nation is one of Zimbabwe’s major trading partners, also expressed fears of nation-tinkering and said Zimbabwe was should be left to conduct its own talks on how to resolve its political crisis.

“The development of the situation in Zimbabwe until now has not exceeded the context of domestic affairs,” Wang said. “It will unavoidably interfere with the negotiation process.”

South Africa, a Zimbabwe neighbor that holds one of the council’s non-permanent seats, led the opposition to the sanctions, arguing that Zimbabwe is not a threat to international peace.

Supporters of the resolution had counted Burkina Faso’s Ambassador Michel Kafando as the crucial swing vote. “As a means of exerting pressure, it could help,” he said of the sanctions resolution before the vote.

In London, British Foreign Secretary David Miliband criticized the veto, saying that “it will appear incomprehensible to the people of Zimbabwe.”

The action put an end for now to efforts to apply more international pressure on Mugabe’s regime and force it to share power with the opposition leader, Morgan Tsvangirai.

Both sides say they are willing to share power, if only during a transition to new elections, but differ on who should lead it. The long-ruling ZANU-PF party wants Mugabe at the head, something the opposition and Mugabe’s critics in the West have rejected.

This entry was posted on Saturday, July 12th, 2008 at 12:17 am and is filed under assets, Darfur, government, news, UN, United Nations. You can follow any responses to this entry through the RSS 2.0 feed. You can leave a response, or trackback from your own site.

One Response to Russia and China Veto UN Sanctions of Darfur