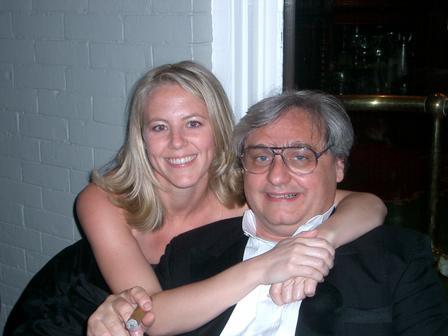 Federal appeal court judge Alex Kozinski called for an ethics panel to investigate his own conduct in regards to the lewd photos and videos on his publicly accessible Web site. “I will cooperate fully in any investigation,” Kozinski, chief judge of the 9th U.S. Circuit Court of Appeals, said in a statement calling for Supreme Court Chief Justice John Roberts to assign the inquiry to a panel of judges outside the 9th Circuit’s jurisdiction of nine western states. The outcome seems almost laughable as Circuit judges are appointed for life and can only be fired by Congress, though they can be censured by fellow jurists. Court rules permit such investigations to be transferred in high-profile cases, or when a decision within a district might weaken public confidence in the outcome.

Laurie Levenson, a former federal prosecutor and law professor at Loyola University Law School said, “If you found this kind of thing in your kid’s bedroom you would wash your kid’s mouth out with soap….Character counts for judges because they have so much power and affect so many people’s lives.”

The existence of the videos and pictures was first revealed by the Los Angeles Times, which reported that Kozinski had acknowledged the material on his personal Web site, but blocked access to it after being interviewed. He went to claim the images were not obscene.

Sanai said he discovered the sexual content in December while monitoring the judge’s Web site as part of an ongoing legal battle with the court. After downloading the files, Sanai said he began contacting reporters at various publications in January to bring attention to what he called widespread ethical problems on the 9th Circuit.