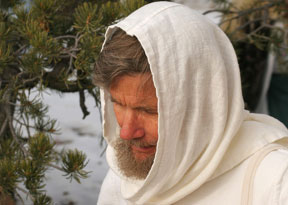 As previously reported by iNPLACENEWS, Wayne Bent aka Michael Travesser, the leader of The Lord Our Righteousness Church in New Mexico, was arrested for suspected sex crimes against underage girls in his cult. Now, he had been indicted on two counts of criminal sexual contact of a minor and two counts of contributing to the delinquency of a minor.

This indictment differs from when he was initially charged in magistrate court with crimes against three girls who previously lived on the church’s compound in a remote area near the Colorado line.

District Attorney Donald Gallegos said he made the decision to pursue indictments in district court to avoid an open preliminary hearing in magistrate court in which the girls could have been subjected to cross-examination by the defense attorney.

The original story can be found here

The follow-up to the original can be found here

The United States will allow Americans to send mobile phones to relatives in Cuba under a change in policy that President Bush announced Wednesday. Bush said he is making the change since President Raúl Castro “is allowing Cubans to own mobile phones for the first time.”

“If he is serious about his so-called reforms, he will allow these phones to reach the Cuban people,” Bush said.

Bush urged the Cuban government to loosen restrictions further, saying if Cubans can be allowed to own mobile phones, “they should be trusted to speak freely in public.”

They should be allowed to watch uncensored movies and have free access to the Internet, he said.

And he called for the government to implement major free-market reforms.

Relations between the United States and remain tense nearly 50 years after Fidel Castro overthrew the pro-American government in Havana. The United States has maintained an embargo against Cuba for decades.

Cuban officials on Monday accused the top U.S. diplomat in Havana of delivering money from private anti-Castro groups in Florida to dissidents in Cuba.

U.S. State Department spokesman Sean McCormack said that “the U.S. government has programs to provide humanitarian assistance to people that are essentially forgotten by the Cuban government and that we … do not stand in the way of private groups doing that as well.”

As to how that is done, he said, “I’m not aware of the mechanics; I don’t steep myself in these things.”

After being elected president in February, Raúl Castro announced that Cubans who can afford them could buy cell phones and DVD players and stay in hotels previously reserved for foreign tourists — overturning bans from the Fidel era.

The goods and services remain out of reach for most people on the island, where $120 cell phones plus $10.80 calling cards cost about six times the average monthly salary.

Bush said Wednesday it is “the height of hypocrisy to claim credit to allow Cubans to purchase appliances that virtually none of them can afford.”

Though the price may put mobile phones out of the reach of most Cubans, they are affordable for many of those who have access to U.S. dollars — typically either sent from relatives abroad or earned internally by tourist workers.

Bush on Wednesday marked what the White House called a Day of Solidarity with the Cuban People, which the president said he hopes will be an annual event.

This was originally found @ CNN.com 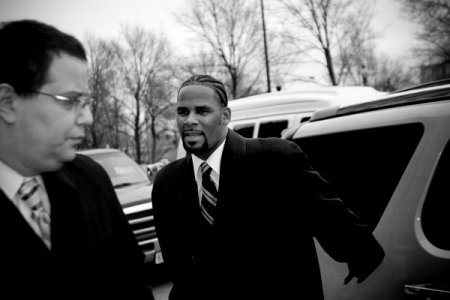 R Kelly’s child pornography and child sex charges may be dropped after defense lawyers unloaded a possible bombshell. Defense lawyers claimed almost right away that the man in the videos in question is not even R Kelly at all, and that this was easily proven by the lack of a significant mole on his lower back-side. Also, the defense claimed that the “nice and sweet” woman who is the supposed victim is not the same woman in the videotape, and that the woman seen in the video is actually a prostitute. More to come…

Kasparov Speech And The Flying Penis

In a speech given last week in Moscow, Gary Kasparov was interrupted by the most odd event.
In the above video, you will see that someone had redesigned a remotre-control helicopter to be a remote-controlled flying penis. It takes seeing to believe it! A pro-Kremlin person in the audience of about 700 people was able to cause the disturbance which lasted about 20 minutes before the flying penis could be caught.