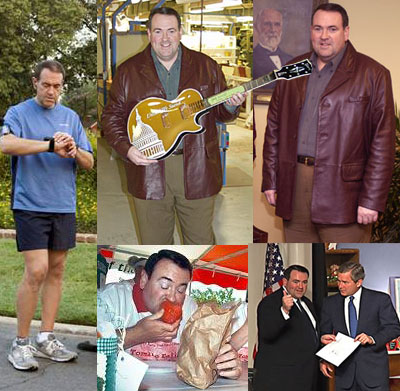 Today, at the National Rifle Association convention, Republican presidential hopeful, Mike Huckabee gave a speech. During this speech, his ego, witt, and lack of judgement clearly got the best of him. As he heard a loud noise that interrupted his speech, Huckabee said: “That was Barack Obama. He just tripped off a chair. He’s getting ready to speak and somebody aimed a gun at him and he — he dove for the floor.”

…and this man is a minister? Oh, the irony.

This entry was posted on Friday, May 16th, 2008 at 11:22 pm and is filed under barack obama, mike huckabee, news, NRA, presidential campaign, presidential race, television. You can follow any responses to this entry through the RSS 2.0 feed. You can leave a response, or trackback from your own site.